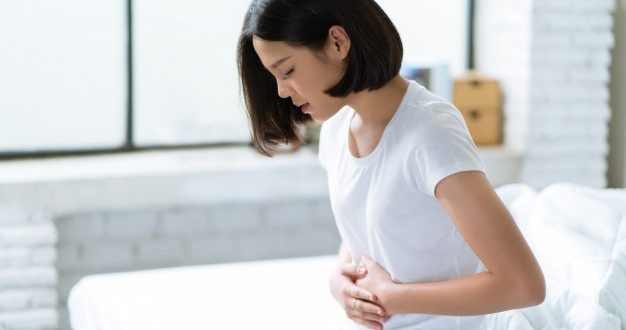 ‘Who run the world? GIRLS!’ Beyonce could not be more right when she tells us that we, girls, run this world. Both literally and biologically, the female population partakes largely in the preservation of this world. This makes women’s reproductive health all the more important. But the awareness of women’s health versus its significance is subjected to a lengthy gap. We, at Credihealth, acknowledge that this gap needs to be bridged. So we bring to you the latest circle of blog post series – Ladies and Babies. In this series, we’ll discuss different health issues like Polycystic Ovary Syndrome, postpartum depression and other women health issues.

What is this series for?

As the name connotes, Ladies and Babies will be a set of detailed articles centered around the medical field of Women and Child Care. We attempt to educate, empower, and embrace womanhood to its entirety.

In part one of the series, we take a look at one of the most common hormonal disorders – PCOS.

As a woman, have you ever felt threatened by your feminity? If yes, we suggest that you take a seat because we will be detailing what may be the cause of your fear.

Women in India, at most times, sideline the manifestations of their reproductive health until the damage becomes terrifying. PCOS is one such aspect where symptoms are not noticed, unless there is change. Approximately 9-23% of Indian women suffer from PCOS but most women go undiagnosed. This article throws light at what the disorder is and why should one care?

Polycystic Ovary Syndrome (PCOS) is a hormonal disorder. It affects women in their reproductive age. In this disorder, a woman’s body produces hormones in an imbalanced manner that results in a large number of male hormones. According to research, every one in ten women suffers from this disorder.

It is also popularly known as Polycystic Ovarian Disorder (PCOD). Several small cysts are found in enlarged ovaries of women affected by PCOS.

What are the signs and symptoms of PCOS?

This hormonal disorder does not have only one face. The symptoms are variable depending on a woman’s overall health condition. A woman or young girl experiences the first symptoms of PCOS around or after her first menstrual cycle. Some of the common signs include:

Medical science has been unable to draw a single root cause of PCOS. The exact causes remain unknown to everyone. There are, nonetheless, some factors that contribute to the development of this disorder in a woman. These include:

What are the complications of PCOS?

If left untreated, Polycystic Ovary Syndrome can lead to a wide range of complications. Diagnosis and treatment at the right time are crucial to maintaining a woman’s reproductive health. Some common complications associated with PCOD include:

What are the treatment options for PCOS?

A gynecologist resorts to a treatment method for PCOS depending upon the patient’s health and desired concern. Doctors prescribe medicines and recommend lifestyle changes like alternations in diet, physical activity to gain healthy body weight and more. Your doctor would ask you to increase fiber, vitamin E, and Omega-3 and -6 fatty acids.

Most of the above-mentioned treatment plans coincide with a woman’s way of living and thus are considered as home remedies for PCOD.

So yes, Polycystic Ovary Syndrome is a major women health issue. We are certain you would know at least one woman who is affected by this disorder. We do not intend to scare you but rather aware you.

Visit an experienced gynecologist today for your concerns relating to PCOS.

Next week on Ladies and Babies, we will sketch the struggles of Postpartum Depression for you. So stay tuned!

Pass this information and if you need more personalized guidance, contact to the best and experienced Gynaecologist now.