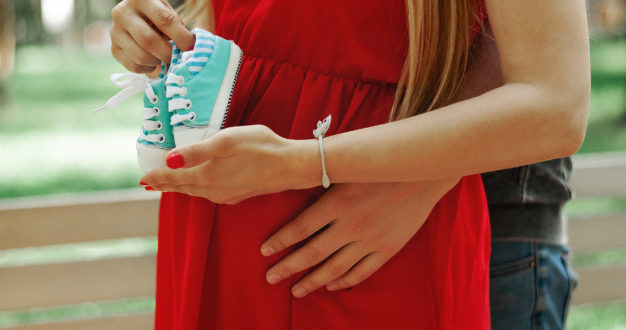 The event of pregnancy is a turning point in a family’s life. It becomes more and more thrilling each day for expecting parents. The case in point is rather extraordinary for the mother. The thought of pregnancy may lead you to imagine a big bump, hospital visits, intense labour and adorable babies. But being pregnant is plentiful.

Welcome to Ladies and Babies, a blog series dedicated to the health of women and children. This week, we will be learning about the particulars of the foremost part of pregnancy – The First Trimester of pregnancy.

What is the First Trimester of Pregnancy?

The news of pregnancy comes as a surprise to some couples. This is because the period of the first trimester of pregnancy starts from the first day of your last period. There are no visible changes in a female’s body. So at this time, pregnancy is not so much seen as it is felt.

The first trimester lasts up to 12 weeks of pregnancy. Many biological changes take place during this period. It is also considered one of the most critical phases of pregnancy.

What Changes Does the Mother Go Through?

Each body is different. So naturally, every woman carries and feels pregnancy in several ways. Women go through far-flung changes in their bodies. During the first trimester of pregnancy, you can expect the following-

Spotting: Women may experience instances of light spotting in the early period of their pregnancy. Sometimes it is a sign that the embryo has implanted itself to the uterus. However, heavy bleeding is not normal. If a woman has major pain or bleeding, she should visit the doctor immediately.

Cravings: A common sign of early pregnancy is food cravings. Your taste buds may change during this period. Though food cravings are usually harmless, women should keep a lookout and try to eat healthy food.

Tenderness of the breasts: Pregnancy causes hormonal changes in the body. Soreness or tenderness in the breasts is a sign of pregnancy, set off by the alteration of hormones.

Change in urination habits: The growing baby in the uterus may cause pressure on the bladder. This results in a frequent need for urination.

Tiredness: Pregnancy can be tiring because it is essentially one body growing inside another. The process of growing a fetus inside the womb can be exhausting and you may feel fatigued during the first trimester.

Vaginal Discharge: Vaginal discharge is common among pregnant women. The discharge is usually white. If a woman’s discharge is yellow in colour or foul in smell, a gynaecologist’s advice is necessary.

Constipation: One of the most common conditions experienced by women during their first trimester of pregnancy is constipation. The digestive system slows down due to the release of high levels of progesterone.

Your body will be a host to a growing baby for the next nine months. So you can expect to feel changes (both internally and in the outer appearance). These include heartburn, mood swings, weight gain, upset stomach, headaches, nausea and more.

What Happens to the Fetus?

The first trimester of pregnancy is the period during which fertilization occurs, resulting in the creation of an embryo. It is the period when the foundation is laid for the growth of your baby. Though, this said growth will not be as vivid in the early weeks.

This lack of display on the fetus’ side does not imply that the fetus is not flourishing on the inside. During the first trimester, the fetus will start making organs. You can expect the following to happen:

Bones: The bones of the baby’s legs, arms, hands and feet will begin growing by 6 weeks.

Heart: The baby’s heart will form a tube and start beating.

Digestive system: The intestine of the baby will begin forming by 8 weeks.

Touching sense: It is known that touch receptors are also formed in this period.

Brain: The developing limbs in a baby’s brain will be formed during the first trimester.

Besides this, the fetus will mould into a baby with a growing sense of taste, eyesight, hair and nails.

The Dos and Don’ts during the First Trimester of Pregnancy

The journey of pregnancy is like taking tests in school. You have to pass the unit tests to excel in the finals. If you want to rock at your pregnancy, you have to ace the first trimester.

Here is a list of some dos and don’ts to having a healthy first trimester:

A famous Chinese proverb quotes that ‘there is only one pretty child in the world, and every mother has it.’

It is true for all pregnant women and their babies. But a beautiful pregnancy is a result of a healthy one. To have a healthful gestation, first-trimester care is of top-most priority. The above article is your ultimate guide for information on the first trimester of pregnancy.

Watch out for this space at Ladies and Babies, where we will talk about the second trimester in the next part.

For more information and personalised guidance, speak to a Credihealth medical experts at +918010994994 or contact to the best Gynaecologist in India now.